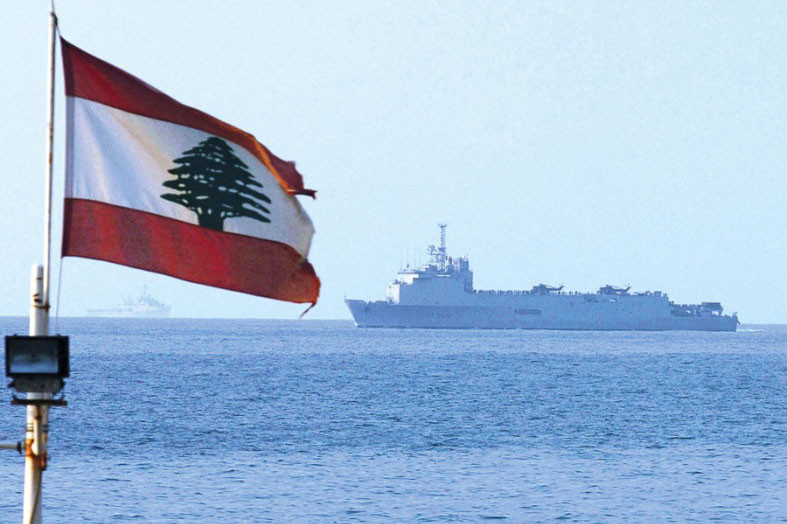 A proposed draft of the Lebanese Sovereign Wealth Fund (SWF) bill was today submitted to the Lebanese parliament joint committees for revision.

Article 3 of the Lebanese Offshore Petroleum Resource Law explicitly stipulates the establishment of a sovereign wealth leaving the “statute regulating the Fund, the rules for its specific management, the principles of investment, and use of proceeds to be regulated by a specific law.”

The bill establishes a SWF with two sub-funds: A Savings Portfolio and a Development Portfolio. The Savings Portfolio is meant to invest petroleum revenues for the benefit of future generations while the Development Portfolio is designed to reduce the public debt level.  Returns on state equity (and perhaps royalties, though this unclear) are deposited into the Savings Portfolio. A portion of the interest earned may be used to finance the government expenditures. Tax revenue from petroleum companies is deposited into the Development Portfolio and may be used to pay down the public debt until the debt level reaches 20 percent of GNP. In terms of asset allocation, these funds cannot invest in financial derivatives, except in certain circumstances. The bill does not contain any other concrete prohibitions on asset allocation.

As drafted, the bill leaves significant discretion to fund managers and runs the risk of becoming a new vehicle for corruption and patronage. Specific concerns include:

Setting up a Fund financed by the oil and gas future proceeds should come within a clear macroeconomic and fiscal strategy and a fiscal rule to answer two main concerns for Lebanon: on the one hand, managing the potential impacts that large, volatile and exhaustible natural resource revenues will have on an economy which is already suffering from a Dutch disease syndrome. And on the other hand, ensuring that these revenues are managed in a transparent and accountable manner, especially in the light of the very poor track record of the Lebanese authorities in terms of public finance management

It is true that the Lebanese law states that proceeds from oil and gas should be allocated to a SWF, but the purpose of that provision was essentially to avoid any political and clientelist capture of this wealth.

We are fully aligned with the obvious goal and need to be aware that establishing a SWF is not a guarantee. If ill designed and ill managed, SWFs can still become channels for corruption and patronage, diverting billions of dollars away from social service and infrastructure spending.

Hence the need to discuss what type of SWF we want, and most importantly, for what purpose is paramount. Establishing a SWF is not a goal. The fund should serve a clear purpose and achieve stated objectives.

The Lebanese Oil and Gas Initiative (LOGI) in partnership with Kulluna Irada urge the Lebanese parliament not to review the current draft law for the establishment of the SWF before developing a consensual over-all strategy for the oil and gas sector as well as a fiscal strategy and fiscal rule. Furthermore,

A. A clear objective for the SWF must be defined based on a well-developed macroeconomic strategy for the oil and gas sector as well as a fiscal strategy.

Since the oil and gas industry is an extractive industry, its resources are not infinite. Their use should be well thought of because they are not renewable.  The natural resource should be treated as assets for current and future generations and in no way spent as ordinary revenues.

There are several possible objectives for a Natural Resource Fund :

Lebanon already suffers from an acute form of Dutch disease, it is therefore crucial to identify a macro-economic strategy to get out of this rent-based economy, before a new source of rent flows in to perpetuate a model that has had a catastrophic impact on the Lebanese social fabric (very low competitiveness leading to unemployment and emigration). Given the unsustainable debt path of Lebanon, widening fiscal and external imbalances, no SWF should be designed before putting a macro-fiscal adjustment plan that is democratically validated. Subsequently, no allocation of oil and gas revenues should go to reducing the Lebanese debt, before understanding clearly how this debt has been accumulated and who has benefitted from it. There should be a clear national strategy to reduce Budget Deficit on a sustainable basis and establish a fiscal rule before using any SFW funds to extinguish debt.

B. Once the overall objective of the SWF is decided, based on a clear macroeconomic vision for the country and a clear strategy for the oil and gas sector, appropriate investment rules and adequate oversight mechanisms shall be designed. The nascent oil and gas sector should be a game changer in the Lebanese system by making sure that good governance prevails.

There are key questions that policymakers, oversight bodies, Civil Society Organizations, Experts, Academics, etc. can ask prior to setting up a SWF to ensure that good governance rules are in place:

First, the establishment of a fund by itself will not improve resource governance. Rather, such a fund ought to be the product of fiscal rules or a macroeconomic framework that call for savings of oil, gas or mineral revenues.

Second, the fund cannot be only established by the authorities without a proper democratic debate. This approach has led many countries to fail. Unless there is political consensus on the use of resource revenues and informed civil society and oversight bodies to put pressure on governments to follow their own rules, even the best rules will usually not be followed.

Kulluna Irada and LOGI are pushing for a clear macroeconomic and fiscal strategy as well as a fiscal rule, prior to setting up a Sovereign Wealth Fund financed by the Oil and Gas future proceeds, to avoid turning these funds into channels for corruption and patronage.