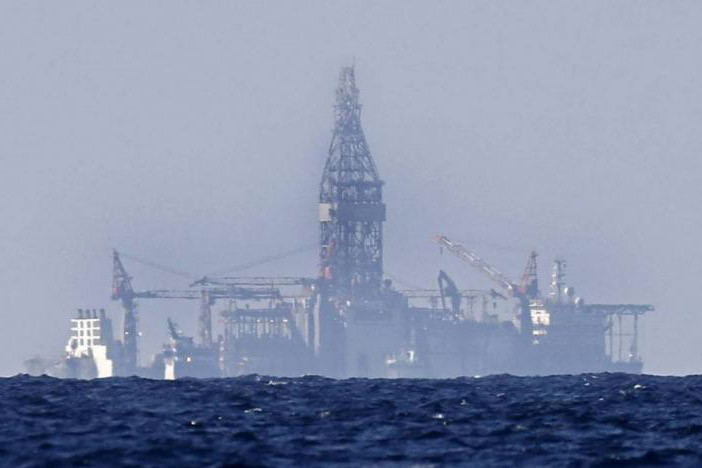 Lebanon’s exploratory drilling is continuing on schedule amid a partial national lockdown over the coronavirus pandemic. But the global COVID-19 crisis, coupled with the low price of oil, is set to have disruptive knock-on effects on hydrocarbon exploration in Lebanon and the wider Eastern Mediterranean in the coming months.

Ricardo Darre, the general manager of Total E&P in Lebanon, which is leading drilling operations in Block 4 off the coast of Beirut in consortium with Eni and Novatek, told LOGI that drilling was continued as planned due to exceptional measures. He also noted the “high level of cooperation by authorities,” including the Lebanese Petroleum Administration and the Energy Ministry.

Darre said that the well should be complete by late April, after which the commercial viability will be assessed by late June.

Lebanon’s Cabinet announced a state of medical emergency on March 15 and closed down the only civilian airport in the country four days later.

However, personnel and equipment related to oil and gas exploration were exempted.

Darre said that the crew aboard the drill vessel off Beirut’s coast were now there for extended stays, working more than 5 weeks straight instead of their normal four-weeks-on, four-weeks-off rotation.

However, Darre admitted “there is a limit to how much we can ask from people.”

As precautionary measures, Darre said all crew were undergoing a 14-day quarantine period and coronavirus testing before being let on the drill rig.

Darre also said that 25 foreign staff had been brought into Lebanon in the days before the airport closure. A total of about 160 people work on the drill rig, of whom between 30 to 35 are Lebanese, according to Darre.

While the process seems secure in the short-term, Darre said that he foresaw the coronavirus pandemic, coupled with the very low price of oil, causing issues in the supply of necessary equipment in the medium-term, as companies struggle to cope. He said that some medium to small-sized companies would likely “not survive” the low oil price.

According to Charles Ellinas, a senior fellow at the Atlantic Council with a focus on energy issues, coronavirus-related issues would be compounded by the oil price war between Saudi Arabian and Russia, which has seen the price of a barrel of oil drop from roughly $55 in mid-February to about $23 in late March.

“This could last well into next year, and all companies are going to be looking to cut expenditure,” he told LOGI.  “My suspicion is that in the East Med, oil companies will remain in any commitments already made, where contracts have been signed, but anything beyond that will be postponed.”

This means that, while drilling in Block 9 is likely to take place, albeit with delays, Lebanon’s second offshore licensing round, currently underway with 5 blocks up for grabs, may be ill-fated.

Ellinas said the government should consider extending the April 30 deadline for the submission of bids. Depending on the length of the extension, the entire tender should be relaunched.

But he warned that the relatively high-cost and uncertainty of drilling in Lebanon and Cyprus in particular, and in the East Med in general, may result in the region being placed on the “back-burner,” with a years-long drop in interest by companies that will be looking to make up for losses.

“Companies will have lost huge revenue out of the low prices and they will spend time, possibly years, trying to recoup the lost revenue before they can go back to normalcy,” Ellinas said.

“We need to be extremely careful - we shouldn’t think we’ll develop oil and gas and make money and live happily ever after. Our politicians are probably inclined to think gas will come to the rescue sometime soon. I'm not confident in that. We will have to think differently.”

Read the full "Lebanon Oil and Gas Newsletter" for March 2020, published by Kulluna Irada and The Lebanese Oil and Gas Initiative (LOGI) here.