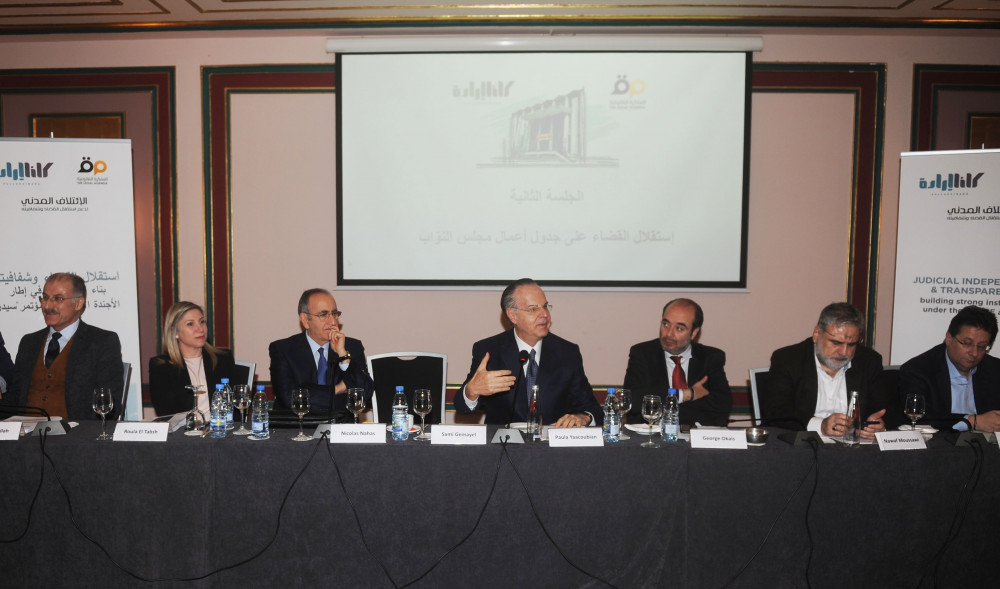 Kulluna Irada and partners organized on January 17, 2019, a conference aiming to engage Lebanese parties and their international partners in CEDRE around Legal Agenda’s submitted law proposal on the “Independence and Transparency of the Judiciary”.

The conference focused on the need to put the law on a fast-track process in Parliament, based on the role of judicial independence as a pillar of the Rule of Law and the CEDRE reforms. It aimed at engaging Lebanese parties and their international partners in CEDRE around this law proposal, with a focus on the need to put it on a fast-track process in Parliament