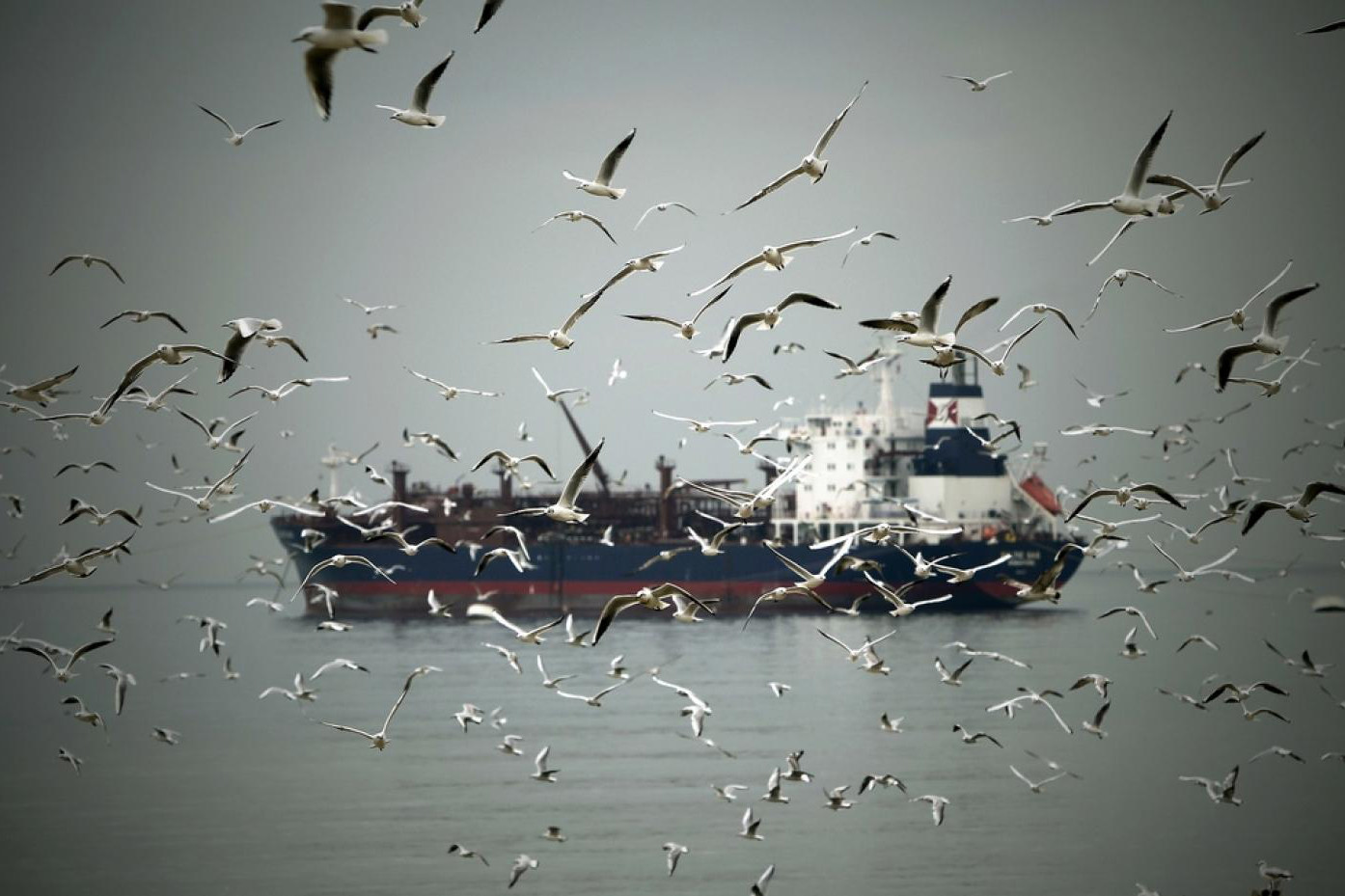 Oil tanker docked off Lebanese shores, in the area of Dora on the northern outskirts of Beirut (AFP)