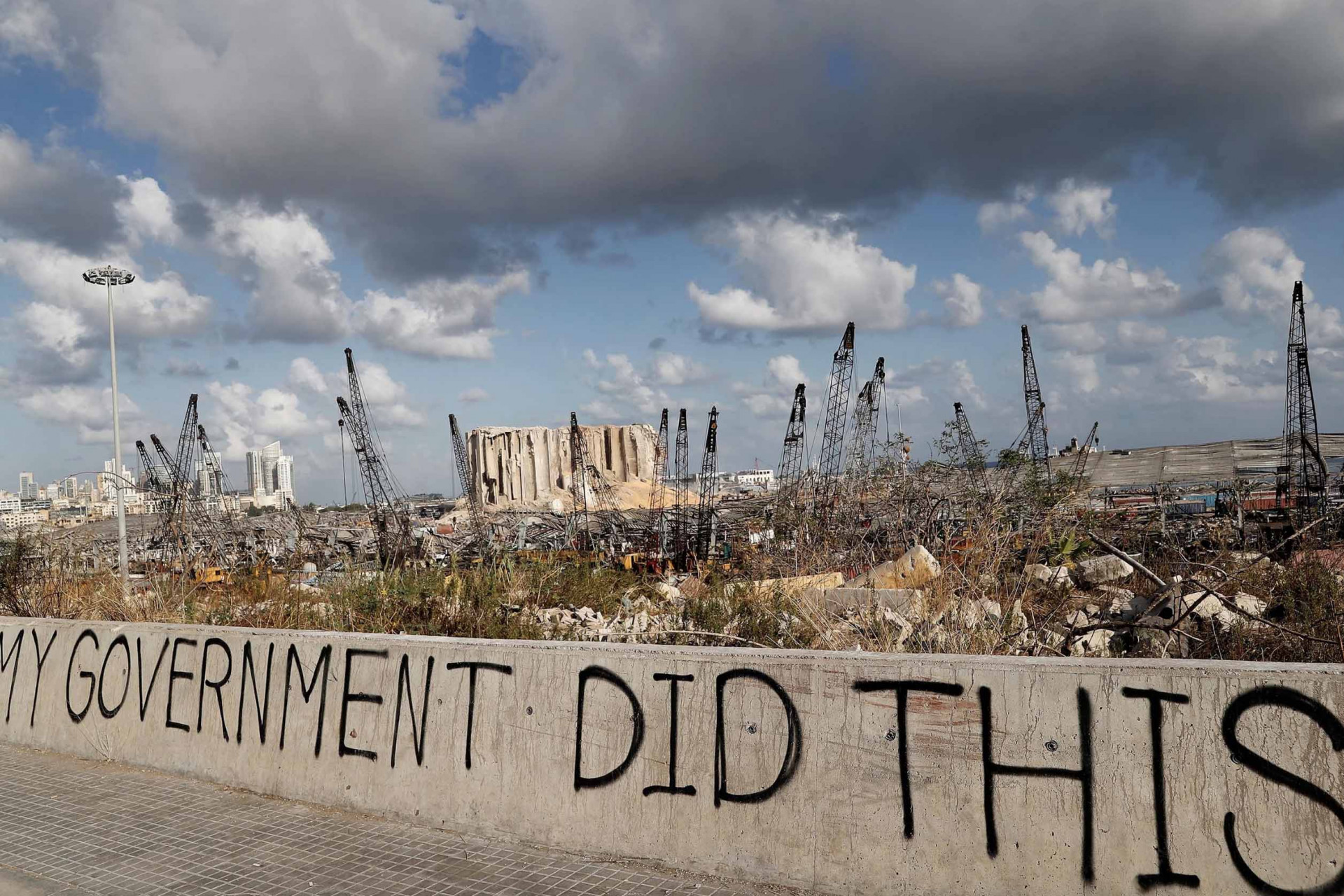 To the Permanent Representatives of Member and Observer States of the United Nations Human Rights Council,

We, the undersigned Lebanese and international organizations, individuals, survivors, and families of the victims are writing once again to request your support for the adoption of a resolution by the Human Rights Council to establish an international, independent, and impartial investigative mission, such as a one-year fact-finding mission, into human rights violations related to the Beirut port explosion of August 4, 2020.

More than a year after the explosion in Beirut’s port – one of the largest non-nuclear explosions in history – that damaged over half the city and killed at least 218 people, including nationals of Lebanon, Syria, Egypt, Ethiopia, Bangladesh, Philippines, Pakistan, Palestine, the Netherlands, Canada, Germany, France, Australia, and the United States, no one has been held accountable.

The explosion resulted from the igniting and detonation of tonnes of ammonium nitrate, which were stored alongside other flammable or explosive materials, in a poorly secured hangar in the middle of a busy commercial and residential area of the densely populated city. Human Rights Watch found that the evidence strongly suggests that a number of high-level military, security, and government officials foresaw the significant threat to life posed by the presence of the stockpile of ammonium nitrate at the port and tacitly accepted the risk of deaths occurring. Given the significant loss of life and threats to the right to life and health engendered by the destruction of much of the city as a result of the blast, the Lebanese government has an obligation, pursuant to article 6 of the ICCPR, to investigate the causes of the explosion and hold accountable those responsible.

In August 2020, the High Commissioner said that a swift international response was needed and supported victims’ call for an impartial, independent, thorough and transparent investigation into the explosion. The UN Special Procedures’ experts also issued a statement in August 2020 laying out benchmarks, based on international human rights standards, for a credible inquiry into the explosion, noting that it should be “protected from undue influence,” “integrate a gender lens,” “grant victims and their relatives effective access to the investigative process,” and “be given a strong and broad mandate to effectively probe any systemic failures of the Lebanese authorities.”

The government of Lebanon initiated an investigation into the Beirut blast, but the ensuing domestic investigation has been repeatedly obstructed and has failed in meeting the benchmarks, based on international standards, that were laid out by the UN Special Procedures. Human Rights Watch, Amnesty International, Legal Action Worldwide, Legal Agenda, and the International Commission of Jurists have documented a range of procedural and systemic flaws in the domestic investigation that render it incapable of credibly delivering justice, including flagrant political interference, immunity for  high-level political officials, and lack of respect for fair trial and due process standards.

In February 2021, a court removed from the case the judge appointed to lead the investigation after two former ministers whom he had charged filed a complaint against him to this effect. While Judge Tarek Bitar was appointed a day later, politicians and officials similarly started a campaign against him after he made a request to charge and summon for questioning senior political and security officials. State officials, including the caretaker Prime Minister Hassan Diab, have refused to appear for questioning, and the authorities have refused to lift immunity or allow for the prosecution of parliamentarians and senior security officials. Political leaders have attempted to cast doubt on Judge Bitar’s impartiality, accusing him of being politicized. Further, on at least  two occasions Lebanese security forces responded to relatives of the Beirut blast victims, who had peacefully mobilized against these obstructions, with violence. This violent response sends a chilling message about the authorities’ unwillingness to grant the victims and their relatives’ effective access to the investigative process and respect their right to be informed and to participate.

It is now time for the Human Rights Council to step in, heeding the calls of the survivors, families of the victims, and the Lebanese people for accountability, the rule of law, and protection of human rights, and establish an investigative mission that would identify human rights violations arising from the Lebanese state’s failure to protect the right to life, in particular whether there were:

The Beirut blast was a tragedy of historic proportions, arising from failure to protect the most basic of rights – the right to life – and its impact will be felt for far longer than it takes to physically rebuild the city. Establishing the truth of what happened on August 4, 2020 is a cornerstone to redress and rebuilding after the devastation of that day.

Dr. Najat Saliba, Professor of Analytical Chemistry and the Director of the Centre for Nature Conservation at the American University of Beirut

Randa Slim, Senior Fellow and Director of the Conflict Resolution and Track II Dialogues Program at the Middle East Institute

Survivors and families of the victims:

Families of the following firefighters:

Kulluna Irada and The Legal Agenda Launch a new Initiative