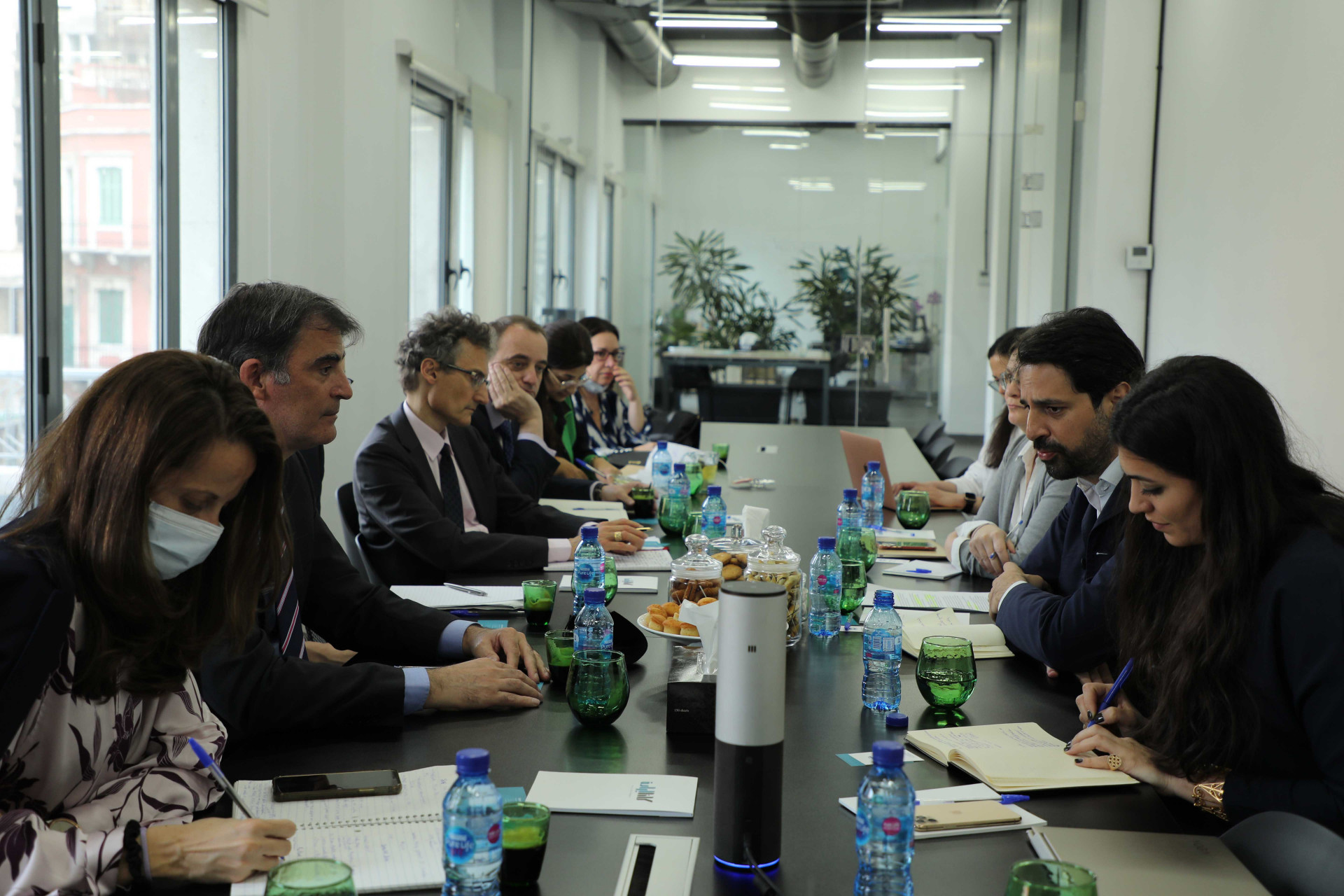 Meeting between Kulluna Irada and the IMF delegation headed by Mr. Ernesto Ramirez.

A staff-level agreement (SLA) has been signed yesterday between the Lebanese government and the IMF. While Kulluna Irada would have otherwise welcomed such a step, it is highly concerned about both the timing and the plan based upon which this agreement has been signed, as well as the political will of the establishment to proceed on serious reforms.

The SLA would require approval by the IMF management and board before it materializes into an actual program. A set of prior actions will have to be undertaken by the Lebanese authorities in the meantime, before any funds shall be disbursed. However, the timing of its signature ahead of the parliamentary elections will allow the establishment to buy time and gain political currency at the expense of the Lebanese people.

The lack of clarity around the plan against which the SLA was signed is alarming and indicates that the authorities are still trying to evade addressing key policy choices.

Transparency is required with regards to the sequencing and timing of the announced laws, principles for loss distribution, allocation of gold and remaining FX assets, level of haircuts, principles for bank and debt restructuring, key components of macro-fiscal and monetary stabilization, among others. A front-loaded comprehensive package, with clear conditionality, is the only credible path.

Moreover, authorities have illegally squandered in the past months more than the IMF would lend to Lebanon over a year in the context of a program; they have also mismanaged more than 22BN USD since the beginning of the crisis.

Two and a half years into the crisis, the establishment has until now only committed to changing course on paper, as it previously did on several earlier occasions (Paris I, II and III conferences, CEDRE). We firmly believe, however, that it is neither willing nor capable of implementing any stabilization and growth plan that would undermine its supremacy over a failed state and disintegrating socio-economic landscape.

The challenge today is to avoid the full transformation of Lebanon’s economy into an informal and cash economy. This requires a clear and bold policy decisions and real actions rather than the adoption of a quick deal by a ruling class that is attempting, yet another time, to just salvage its grip on power.