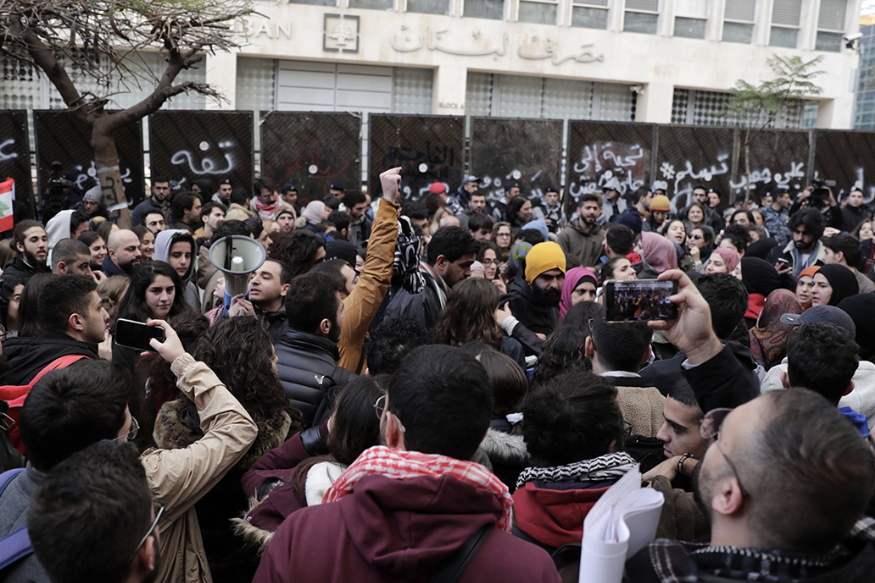 An independent group of development specialists, economists and finance experts met in Beirut late-December to discuss the ongoing economic crisis and the path forward. This note summarizes the deliberations and puts forth a ten-point action plan meant to arrest the crisis and place the country on a path of sustained recovery.

How did we get here?

The economic crisis is, at its core, a governance crisis emanating from a dysfunctional sectarian system that hindered rational policymaking and permitted a culture of corruption and waste. The country, led by the public sector, lived beyond its means. Decades of pursuing this model left the economy with high debt and a bloated banking sector.

Inevitably, the dramatic debt increase resulted in an-expanding debt-servicing burden. The large yearly funding needs rendered the country vulnerable to external and regional shocks. As external financial flows into Lebanon slowed, the central bank resorted to desperate and extremely expensive efforts to attract them. Ultimately, this proved unsustainable. Since October, we’ve had a virtual cessation of capital inflows and a sharp acceleration of outflows.

Where are we now?

This situation leaves the country with three simultaneous crises.

The first is a balance of payments and currency crisis. For 2020, we estimate the gap between USD supply and USD demand at $8 billion. If this gap is not filled, the economy will experience difficulties including the servicing of external debt, imported goods’ shortages, currency devaluation, and economic contraction.

The second crisis is that of public finance. Beginning with a 10 percent of GDP deficit in 2019, government revenues are now collapsing under the weight of the recession and the banking crisis described below. Inflation-adjusted spending is also crumbling. We estimate a $3 billion primary budget deficit (excluding interest payments) for 2020. In the current situation, funding this deficit will prove challenging.

The third crisis is that of the banking system. With almost half of banks’ assets invested in Lebanese sovereign risk including with the Banque du Liban (BDL) and another quarter representing risky private sector claims, banks are effectively insolvent and illiquid. Despite the loose and inefficient capital and banking controls recently put in place, the sector is experiencing a deposit run. In similar international experiences, the central bank usually steps in and provides the liquidity that banks need. However, the BdL is constrained by its limited USD reserves and by fears that an oversupply of LBP would lead to further currency weakening.

Consequences of continuing on the Current Path

Persisting with the current ad hoc approach to policy making will lead Lebanon on a path of implosion and political disintegration. We foresee seven consequences:

Is there a better approach?

We think there is. Below we outline a three-year program that aims to arrest the crisis, deal with its root causes and set the country back on a path of recovery. The program seeks to ensure equitable burden sharing of the crisis’ fallout while protecting the most vulnerable especially during the period of transition. The ten concrete steps below should be implemented in parallel rather than piecemeal.

The consequences of the current path are catastrophic. Delays will only increase dislocation, exponentially magnify the needed adjustment, and place the burden on those least able to shoulder it. A better option is available. It won’t be easy, may at times prove painful and will certainly require a new social contract. But we sincerely believe this approach will pave the way to a better and prosperous future.

Signiatories (In their personal capacities)