Lebanese Financial Crisis: How to Save the Banking Sector 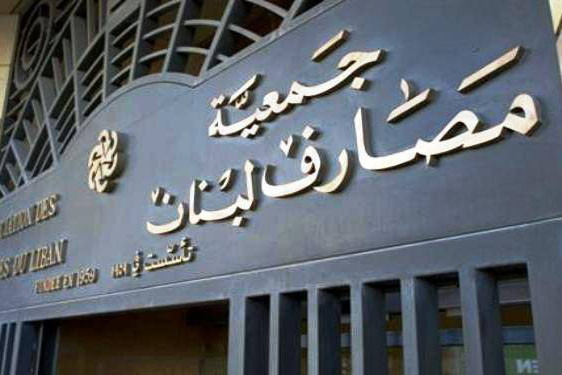 Lebanon is currently facing an unprecedented economic and financial crisis that has exposed the fragility of the banking sector and revealed the need for an ambitious series of well-managed and sound policy measure to minimize damage to depositors’ savings, recapitalize and restore trust in the sector, avert future crises, and reshape Lebanon’s economic system.

How deep is Lebanon’s financial crisis?

Lebanon’s crisis stems from a combination of an unsustainable fiscal deficit and public debt, chronic balance of payments deficits, and, in the last few months, a liquidity crisis. The country’s banks are today in a situation of functional insolvency and of illiquidity; they are not able to access their foreign currency assets at the central bank due to BDL's low net reserves, and the priority given to maintaining the peg and covering the country’s import bill.

Restructuring government and central bank debt so that they are sustainable over the long-run will require significant cuts in debt levels, which will materially impair bank balance sheets. Even before the 17 October events and the decision to default, Lebanon was already in a crisis situation with asset values falling below the level needed to cover deposit liabilities.

Table 1: Distribution of Vulnerable Claims of Lebanese Commercial Banks as of December 2019

*It is worth noting that BDL is a major financier of the government, with loans over LBP 45 trillion (some USD 30 billion) and USD 3.2 billion as of September 2019, most of which is indirectly financed by commercial banks’ reserves, hence explaining the liquidity crunch.

The entire financial sector is in need of fundamental restructuring

We estimate the cost of a bank recapitalization and consolidation plan to amount to $20-$25 billion. This needs to be funded by existing and new shareholders, multilateral agencies and donor countries, and by a possible deposit bail-in.

Thereafter, a restructured Lebanese financial sector’s business model will need to shift away from overreliance on lending to the public sector and non-productive sectors such as real estate towards more traditional banking activities, namely converting deposits into private sector loans, financing productive real investments, and investing in a diversified portfolio globally. Such a change in the business model should be promoted by appropriate banking industry regulation and oversight.

Leaving the banking sector to restructure and recapitalize itself without a comprehensive government reform and financial stabilization plan would take too long and turn Lebanon into a cash-based economy, with little access to credit, low savings, low investments, and low or negative economic growth for years to come.  Economic decay would ultimately lead to enormous losses for depositors and serious hardship to the average Lebanese citizen.

Government has an important role to play. Required measures include the elimination of fiscal deficits, the shift from a USD peg to a managed float, investments in infrastructure and education, and revised tax and financial sector laws and regulations.

There is also the need to reform monetary laws and the governance of the country’s monetary, banking and financial supervisory and regulatory institutions. This would enhance risk management, avoid a repeat of concentrated lending, force more disciplined sovereign borrowing programs and BDL operations, and enhance transparency, disclosure, and efficiency. They should also encourage a shift of the growth model away from the current model largely funded by capital inflows towards a more efficient model of services and export-led inclusive growth and job creation.

An extraordinary taskforce is required to manage the road forward

In order to achieve such restructuring, we would advocate creating a task force of empowered experts and regulators with extraordinary powers to review the health of Lebanese banks and prescribe needed measures to restructure the sector in ways that allow the banking sector to recover. The measures needed include writing down bank equity, placing some banks in liquidation and restructuring others done in ways that spread losses equitably.

One potentially useful tool to consider to support asset sales and re-establish normal banking activities quickly would be to create a ‘national bad bank’ consisting of the banks’ non-performing loans or toxic assets. Bail-ins that shrink banks’ liabilities (consisting mainly of deposits) by converting a portion of deposits into bank equity may have to also be considered. In this case, we would support the protection of smaller deposits. Furthermore, while nationalization is not recommended in the Lebanese context, the restructuring process of some banks will require shareholders to hold accountable those responsible of mismanagement and improve the governance of the banks. Bank consolidations and mergers will also be needed to decrease the number of banks and make the system more robust.

The time to act is now.

Signatories (in their personal capacity)