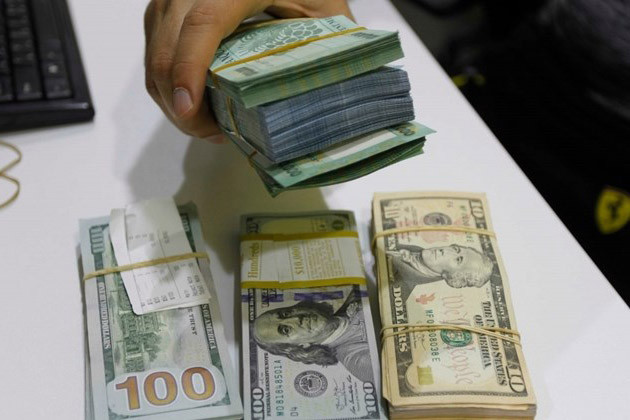 Lebanese pounds and U.S. dollars are seen at an exchange shop. The Daily Star. Mohamad Azakir