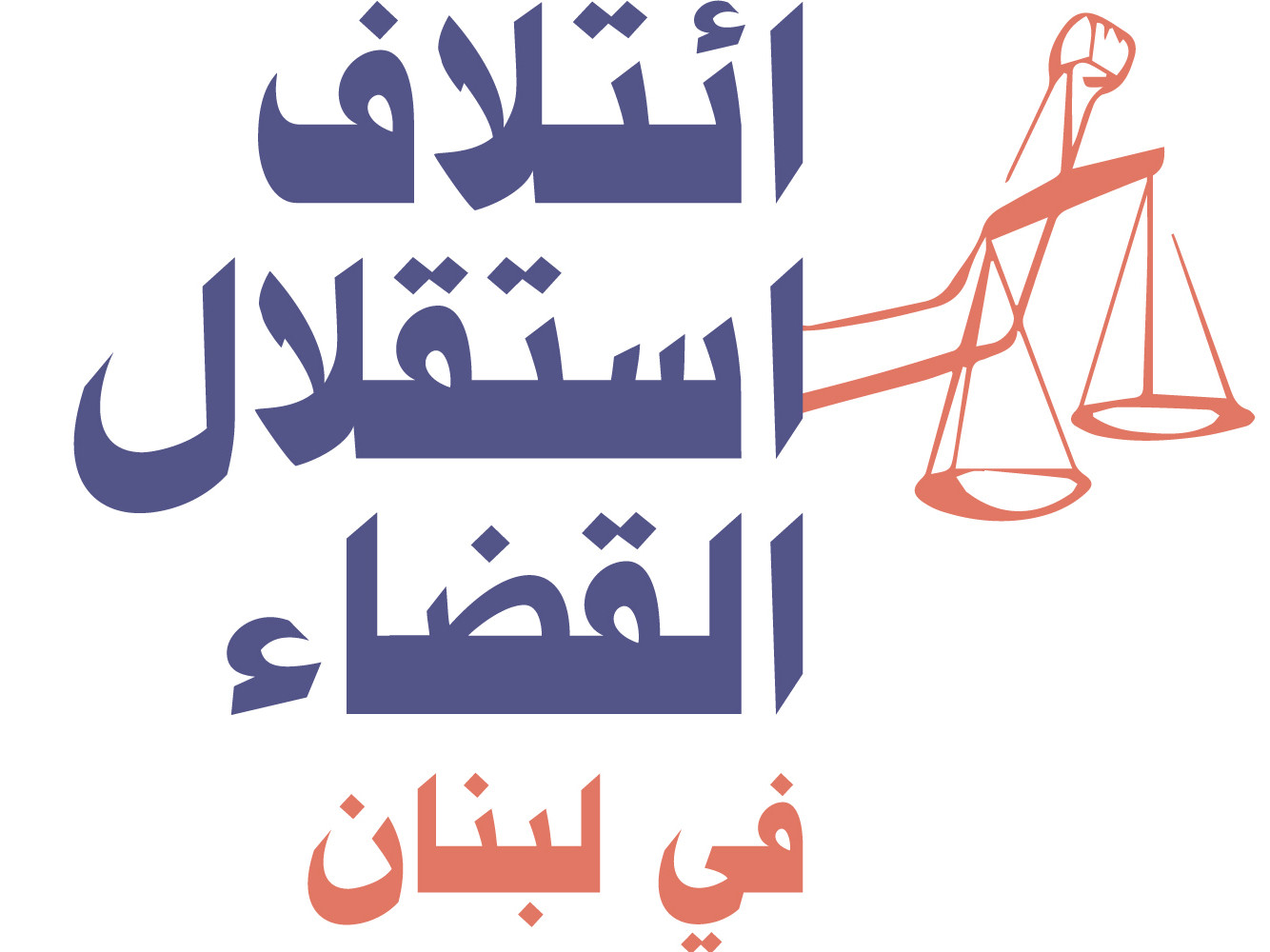 An Independent Judiciary for the Sake of Lebanon:

Announcement of the Independence of the Judiciary Coalition

and the Administrative Judiciary Independence Bill

Since October 17, many have been looking to the judiciary to play an active role in confronting the ruling authority’s corruption, particularly now that its destructive nature has become apparent. The same questions were raised with the same impetus after Beirut’s port and large parts of the city suffered a true massacre, after director and researcher Lokman Slim was assassinated, and after forced disappearance emerged as a response to the protests in Tripoli. In all these crimes, the bad signs concerning the ability of the judiciary to fulfill people’s hopes and expectations remain glaring because of the erosion that has eaten away at it for three decades. This erosion transforms the judiciary into circles of influence that invariably rule in favor of the powerful and propagates practices of interfering in the judiciary upon the ruins of the culture of its independence. This is evident in the surreal discourse about ministerial immunities, which restrict trying ministers to an imaginary supreme council that has never convened. It is evident from the debates about the forensic audit and promises of accountability, wherein banking secrecy emerged, in contradiction to all these promises, as a graveyard in which many secrets of corruption are buried. And it is evident in the loss of confidence in the judiciary’s impartiality and ability to investigate assassinations to hold those involved accountable and thereby prevent further bloodshed, which dispels a minimum sense of security and safety. The statement that the Lebanese Judges Association issued days after the Beirut massacre confirmed the low expectations from the judiciary given the current laws and practices and constituted an invitation for joint action to restore the judicial institutions. On that basis, we – a group that has come together to form the Independence of the Judiciary Coalition – would like to state the following:

Firstly, the independence of the judiciary and, by extension, its liberation from the ruling authority’s control is a prerequisite for building a just and effective democratic state, subjecting public administrations to the rule of law and holding their wrongdoers accountable, and, most importantly, drawing red lines for any ruler. This issue is more pressing than ever before as accountability for the crimes of the past has become a prerequisite for building the future and compensating for the losses that have accumulated. From all these angles, judicial independence constitutes a national goal that falls within the broader political goal of reforming the authorities and building democracy in Lebanon.

The foundation of democracy is the accountability of the ruler, who derives their authority from the people without enjoying any legal or de facto immunity. The foundation of democracy is also the guarantee of full equality among citizens irrespective of their political orientation, their personal influence, or the weight of their sect. And the foundation of coexistence and national unity is the confidence of all citizens in the judicial institutions’ ability to protect their lives, rights, and freedoms without favors from anyone or any leader such that they live at ease with their compatriots in freedom and without fear. All this can only be realized via an independent judiciary.

Secondly, judicial independence is not a slogan or situation that can be realized just by declaring it. Rather, it is an accomplishment constructed through willpower and entrenched by surrounding it with sufficient de facto and legal safeguards. Just as the people need judges who compel every influential person to respect the law, judges need safeguards that render the principles of judicial independence a reality rather than a mere motto and that instill in them the will and ability to perform the functions expected of them. Little effort is needed to prove that the most important safeguard in the current Lebanese situation is our ability to form a social force capable of elaborating shared visions for judicial independence and its legal safeguards and establish them in legislation and reality, a social force capable of defending the independence of the judiciary and judges, especially in the major cases upon which the future of the entire society hinges. Hence, we are together announcing the establishment of the Independence of the Judiciary Coalition. The coalition consists of a vast array of democratic political parties and bodies, rights bodies, and unions, professional, and civil bodies seeking to unite their efforts in the hope of forming the overarching safeguard that, by virtue of its power, produces legal safeguards in line with the highest standards of judicial independence.

Thirdly, in parallel with the announcement of this coalition, we would like to announce the first of its fruits, namely the final draft of a bill on the independence and transparency of the administrative judiciary prepared by the Legal Agenda and previously presented for public debate. The bill complements an earlier bill on the independence of the judicial judiciary, which has been pending in the Administration and Justice Committee since September 2018. The coalition will also address the prolonged procrastination in the latter bill’s examination and the attempts to undermine the essence of the safeguards it contains. The bill on the judicial judiciary aimed to free and reclaim the civil and criminal courts and Public Prosecution offices from the yoke of the ruling authority and its control over appointments and accountability mechanisms, thereby guaranteeing equality among people before the judiciary and law. As for the current bill that we are adopting today, it aims to liberate and reclaim the administrative judiciary, i.e. the courts that examine disputes between individuals, on one hand, and the state, municipalities, and public institutions, on the other. From this angle, it is this judiciary that, if independent and impregnable, limits excess of authority, nullifies all behaviors that violate the law and legality, and, subsequently, guarantees that the public administrations, in all their branches, are subject to the rule of law. In effect, this combats corruption and safeguards legality, along with public interests and constitutional and legal rights and freedoms, and fends off any attempt to exploit the state and its resources, any infringement on which has become tantamount to murder.

In conclusion, we, as a coalition, call upon every citizen and person concerned to coordinate efforts, each within their area and the scope of their work and influence, to render our effort a success and achieve independence for the judiciary in the face of the practices interfering in it, which only reflect the rule of power or law of the jungle. So let’s work together for the sake of tomorrow’s state.