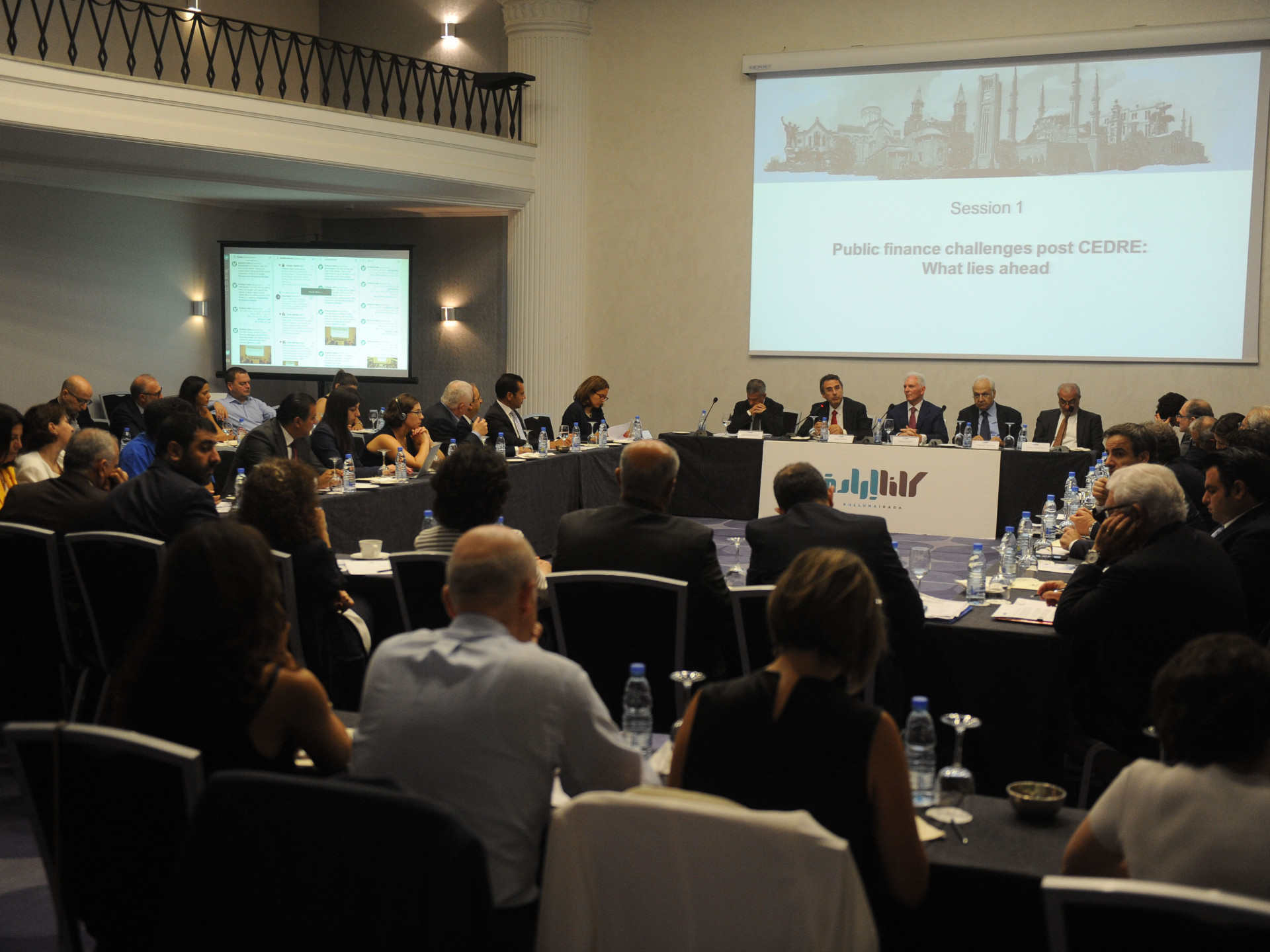 Kulluna Irada organized a workshop aimed at engaging newly elected MP’s on one of their key mission: analyzing, discussing and adopting the national budget law.

The workshop comes as a follow up to Kulluna’s Irada’s roundtable discussion “Paris, CEDRE, and Beyond”, organized on March 23, and to our participation at the CEDRE conference held in Paris on April 6, and is part of our commitment to contribute to the policy debate.

We are all aware and gravely concerned that Lebanon’s current debt and fiscal path are unsustainable. But not all of us understand the root causes of these problems, and how to address it. At the CEDRE conference, the outgoing government has announced a fiscal adjustment plan of up to 1 percentage point of GDP per year. With a proposed acceleration of public investment levels to more than 2 percentage point of GDP per annum over the next 4 years through the Capital Investment Plan for which donors have pledged up to 11 billion dollars, where will the offsetting reduction in the deficit come from every year? To what extent will the 2019 budget bear the burden of the adjustment? To what extent is it anchored in a macroeconomic and social strategy that catalyzes the efforts towards sustainable growth, job creation and social equity? What options and alternatives are we faced with?

Only a participatory budget process is able to set the framework for a real political debate on the – difficult – choices that lie ahead of us on the economic and financial front, be it the government proposals or alternative ones put forward by other parties. This workshop aims at presenting evidence-based analysis, views and recommendations in order to inform the policy debate between Parliament, government and the Lebanese people and elevate the level and quality of policy discussions and recommendations.