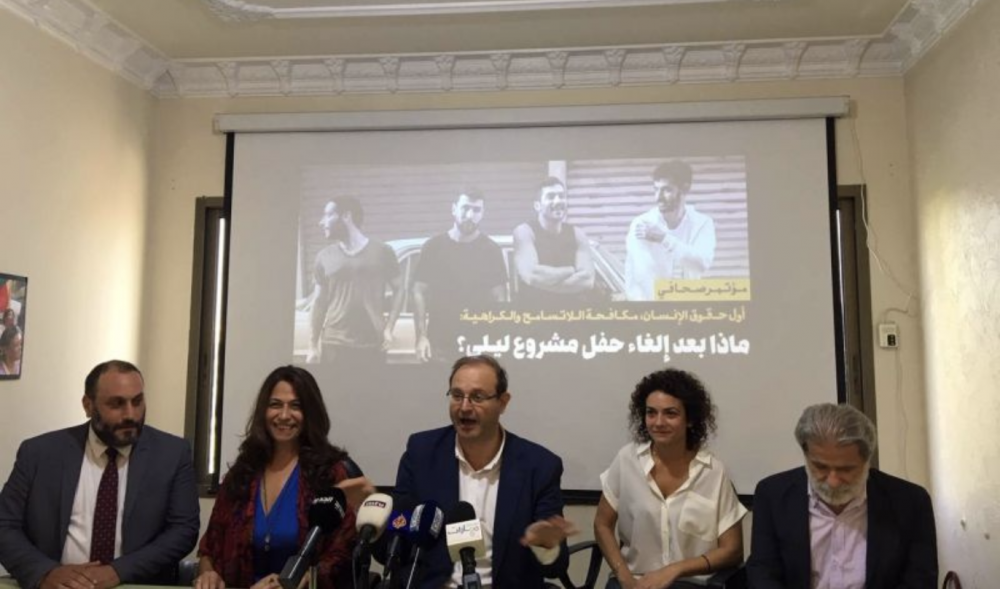 After the heinous media campaign that targeted Lebanese band Mashrou' Leila and resulted in the cancellation of their concert at the Byblos International Festival, Kulluna Irada joined hands with 11 other civil society organizations and held a press conference on August 2, 2019, around “Combatting intolerance and hatred: the fundamentals of Human Rights”.

The conference, attended by famous artist Marcel Khalife, came after the group of organizations filed a notice with the acting Cassation Public Prosecutor, calling upon the Public Prosecutor to prosecute those who not only launched hate speeches but also incited violence against an art group, a cultural festival and their respective audiences.

The organizations called for preserving individual freedoms, especially freedom of expression and artistic creativity, and condemned all actions motivated by hatred, which in this case led to serious damages at the security, social, political and human rights levels.

The conference was covered by L'Orient le Jour, read the article (in French) here.