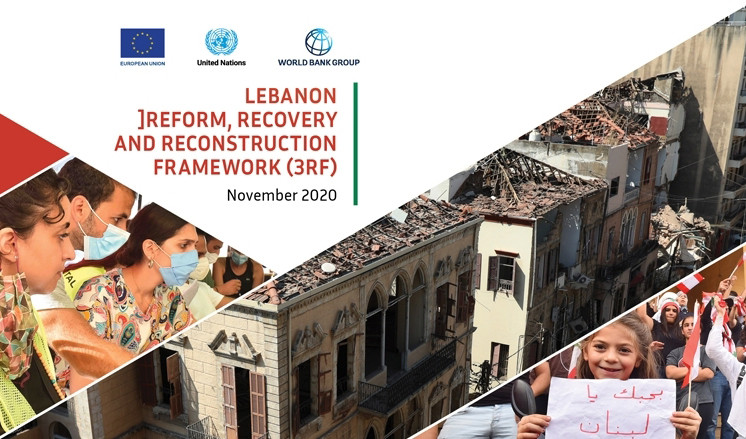 In the aftermath of the horrific Beirut Port Blast on August 4th, 2020, the international community has set up the Reform Recovery and Reconstruction framework (3RF) to help support the Lebanese.  The World Bank, EU, and UN in coordination with the Government of Lebanon (GoL) and civil society representatives have developed a framework that remarkably includes heavy involvement from Civil Society organizations (CSOs) in the planning, implementation and oversight of relevant interventions. The 3RF is also strategically based on a series of essential reforms that buttress sustainable recovery and condition the biggest share of funding.

In this context, the second Consultative Group (CG) meeting took place on July 27th, four months after the first meeting, co-chaired by the GoL, Lebanese Civil Society representative, the EU, the World Bank and the UN. The Independent Oversight Board members have attended the meeting as observers.

A year from the blast, the meeting is still held amidst total obscurity around the reasons and those responsible for this disaster. It is utterly regrettable that parliament and high ranking members of the administration have sought to obstruct the local investigation,  impeding any significant development on the case.

The meeting is also organized on the backdrop of a total paralysis of the political class. No government has been formed yet and the caretaker government seems to have relinquished its prerogatives to proceed with meaningful reforms, direly needed to alleviate the social and economic suffering of the Lebanese.

The IOB underlines that little progress has been achieved at the level of LFF funded projects, due to long administrative procedures but also limited cooperation on behalf of the GoL. We note that the MoF has suspended the signature of a non-objection letter thereby blocking for five months a $7 million transfer from the World Bank to Kafalat, the entity tasked with activating a 25 MN USD flagship project meant to provide support for struggling businesses. The government is also causing a now months-long delay in the transfer of funds dedicated for environmental recovery (nearly 10 MN USD) due to its inability to select a waste disposal site and set up a dedicated coordination committee.

At the level of committed reforms, The IOB deplores the GoL’s retardment, particularly in relation to measures directly related to the roll-out of necessary social protection systems. These include fiscal reform to provide adequate space in the annual budget for social protection spending, securing financial sustainability for the NSSF, approving a national social protection strategy, developing a detailed housing recovery strategy, and providing strategic direction for the reform of price subsidies. Whilst the Lebanese parliament passed a modern public procurement law, it failed to impose the public disclosure of the ultimate beneficial ownership of potential subcontractors. The IOB also condemns the reluctance of parliament to enact a credible law on judicial independence. That in addition to a much needed financial recovery framework and a capital controls law that would mitigate the unfair distribution of systemic losses, today carried by the most vulnerable.

The IOB highlights the need for greater inclusiveness and civil society engagement across the 3RF, and calls for CSO involvement in the disbursement of the upcoming SDR allocation to Lebanon. Greater transparency regarding the disbursement should be complemented with a process that allows civil society to weigh in and monitor use of funds.

The IOB remains committed to independently review and validate the 3RF implementation process and calls for greater political buy-in on behalf of the GoL to operationalize the 3RF and conduct the necessary reforms to unlock much needed support to the Lebanese.