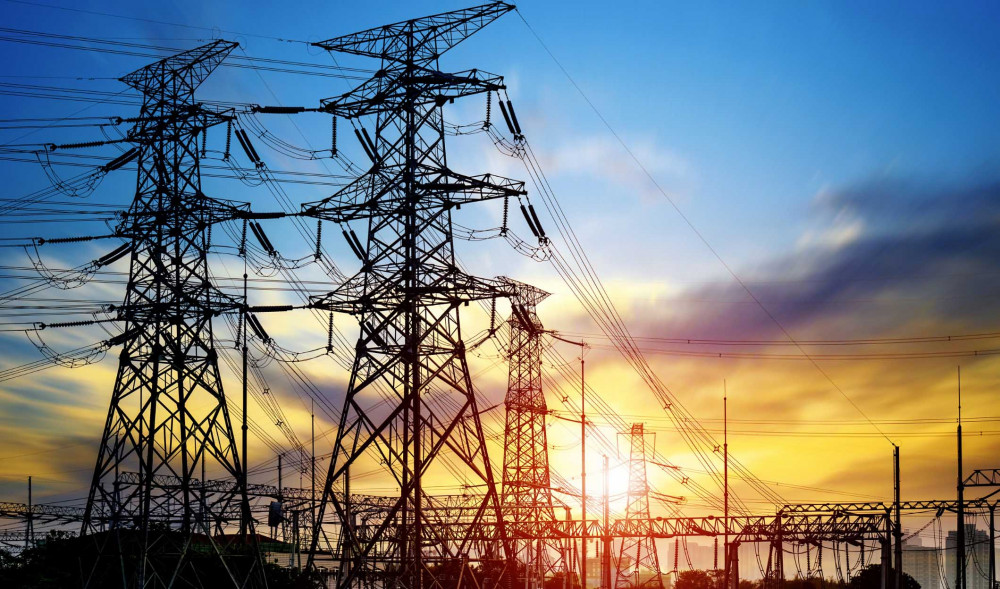 Lebanon’s electricity sector is both a main symptom of our dysfunctional power system and a key contributor to the economic, fiscal and financial crisis. Successive governments have failed to properly address the issue, with the current Government being no different; we have not realized any change or diversion in the policy-making and governance pathways of the energy sector to regain part of the Lebanese people’s trust or any concrete proposal that tackles their daily concerns in this regard.

As Lebanon faces an increasing downturn in electricity supply, a decisive two-pronged approach is needed: short-term measures that mitigate the impact of the current financial crisis on citizens’ access to electricity services must be enacted, and comprehensive proposals that structurally reform the sector.

Inefficiencies in the sector over the last 20+ years have been very costly at all levels.

The sector’s annual financial losses were estimated at $150 million in 1996; back then, around-the-clock electricity supply was provided until late 1990s where the government decided, prior to Paris I, to restrict capital investments due to lack of fiscal space. In 2018, annual losses reached $1.8 billion. Today, Lebanon is facing inadequate electricity generation capacity, rolling blackouts, and reliance on expensive and polluting private diesel generation.

This huge drain on the country’s finances is mostly due to:

Solutions exist, but will require an independent government capable of carrying out the necessary reforms and allowing for proper oversight and participation.

The needs of Lebanon’s electricity sector have been extensively studied, but the political will remains the key missing ingredient in implementing the most suitable solutions. It has become evident, however, that the current political establishment is neither capable of enacting real reforms nor willing of managing important files to overcome the major economic crisis that Lebanon is facing. A rapid political transition is therefore urgently needed.

Successfully reforming the country’s electricity sector will also require the highest levels of transparency, access to information and public engagement. It is worth noting that the framework for salvaging the electricity sector will also require significant financing needs; these will become available as part of an overarching macroeconomic and financial stabilization and rescue plan that restores confidence and encourages investment.

The future of Lebanon’s electricity sector should be rooted on a greener model.

Today, Lebanon has an opportunity to immediately leapfrog into the green energy revolution by leveraging its current natural renewable resources (sun, wind and water) in order to generate sustainable electrical power. This will require an immediate action plan to manage the electricity sector in the coming months and a strategic vision for the next 20 years that opens the door for a new energy model, which would have greater reliance on renewable sources than current projections, to spur growth and fiscal stability.

This new strategic vision also needs  to rethink the future structure of EDL to provide a more reliable, secure, smarter, competitive and flexible transmission and distribution system required to meet the challenges of the energy transition.

Below a summary of the (1) needed approach with regards to the immediate crisis measures required in light of the crisis & (2) recommendation guidelines expected of the sector’s main pillars: Rule of Law & Governance, Generation, Transmission, Distribution.

1 - In the short and medium term, the crisis facing Lebanon and severe shortage in US dollar supply are a game changer on all fronts.

Lebanon’s economy is now in a situation of sudden stop; with a slowdown in private capital inflows into the economy, and a sharp decrease in output, private spending , and real exchange rate depreciation. As Lebanon faces an accumulation of interrelated political, social, economic, financial, sovereign default and environmental crises, the energy sector stands to be hit badly.

The drop in dollar liquidity & inability of BDL to continue supporting imports for much longer will lead to rationing electricity at the national level, with private generators no longer being able to fill the EDL gap due to a decrease in their access to dollars, and subsequently, fuel requirements. As such, it has become crucial to manage both fuel imports and the peg policy, within a clear strategy that takes into account dwindling FX reserves and in a manner that does not affect vulnerable groups or limit citizens’ and business’ access to electricity needs. More serious efforts to combat smuggling are also required.

As for investments in the electricity sector, the crisis means that securing internal financing is and will remain out of reach in the short term. Financing will be impossible to secure for IPPs since investors will be reluctant to invest in such a high-risk environment. Lebanon’s options are bilateral or multilateral credit lines for public investment in its infrastructure. But unless authorities implement a credible macro-fiscal-monetary plan, public debt and bank restructuring, no external financing will be available for these projects.

2.1 – An intentionally poorly implemented regulatory and legal framework weakens the ability to efficiently develop the sector, and instead enables special interests.

The electricity sector is governed by Law 462/2002 that seeks to regulate and enhance the sector’s productivity. This law, however, has never been implemented. The appointment of an independent Electricity Regulatory Authority was continuously postponed, and the Council of Ministers was granted by Parliament, upon the proposal of both Ministers of Energy and Finance, the authority to grant licenses until the appointment of the ERA. This allowed authorities to avoid proper oversight and independence, and insured their dominance over all electricity decisions.

New amendments to this law were recently submitted to the CoM which transferred them to a ministerial committee; they aim at limiting the role and mandate of the ERA and keep it under the authority of the Minister of Energy.

Projects that have been undertaken via the Ministry in recent years have also been shrouded in opacity and oftentimes breach transparency legislation or international best practice standards, in ways that reinforce the clientelism and corruption tied to the sector. Case to point, on July 7, 2020, the Council of Ministers appointed six out of seven members of EDL’s Board of Directors. At a time when the government should be focused on restoring confidence and credibility to the sector, this long-awaited appointment of EDL’s board members proved a missed opportunity to do so .

Going forward, it is crucial to immediately apply Law 462/2002 without amendments and prepare the required secondary legislation that may be needed. This must include the appointment of an autonomous and independent Electricity Regulatory Authority, and should be followed, as per the Law, by a mandatory audit of EDL and the freezing, reviewing and undertaking of forensic audits of all electricity contracts, past and present, where deemed necessary.

To strengthen the governance of the sector, direct negotiations that do not abide by international public procurement standard procedures must be ended, and all procurement operations should be made through a solid procurement framework. Legislations that address the renewable energy sector, energy efficiency and energy conservation must also be adopted to facilitate the transition process.

2.2 - Lebanon’s generation is inefficient and does not meet the country’s demands. Current government propositions are based on costly and outdated plans.

The World Bank has recently commissioned EDF to conduct a Least-Cost Generation Plan (LCGP) for Lebanon. This is the first of its kind in 30 years as it evaluates how Lebanon can optimize its energy production, minimize costs and reduce pollution from fossil fuels, based on technical, economic and environmental grounds. The study recommended to significantly increase investments in green energy projects, and to rapidly ramp up green energy generation.

In light of this study and the subsequent IRENA June 2020 Renewable Energy Outlook for Lebanon report, Lebanon should update the 2019 plan and overall energy mix according to their recommendations and leapfrog into green energy generation. As this transition is prepared, authorities must commit to the forensic auditing of past and current contracts, as well as the suspension of negotiations which breach several laws and of unnecessary site developments, such as in Selaata.

2.3 - The country suffers from a highly inefficient transmission infrastructure that hasn’t been updated in over 20 years, and suffers from technical and non-technical losses.

It has been almost 20 years since the last transmission upgrade, and the country has been suffering from several bottlenecks in the grid infrastructure, in addition to technical and non-technical losses. EDL’s long-term technical strategy is to transition away from the current network in an operation that will require both rehabilitating and strengthening the current grid, and significantly expanding the network to meet increasing demand.

Despite many investment plans outlined since 2010, very few projects have been completed from the government plan. Going forward it is crucial to immediately proceed with grid rehabilitation into a smart grid that accounts for the integration of renewable energy requirements, and proceed with the needed rehabilitations to the transmission network.

2.4 – The distribution of electricity services suffers from numerous technical and non-technical losses, stemming from a grid and metering scheme that is in need of modernization and enhancement.

Past efforts by authorities and EDL to modernize the grid to reduce losses and enhance distribution have been marred with opacity surrounding the awarded tenders. Several questions are to be raised about the legality and efficiency of these contracts: continuous renewals for the same companies without proving any efficiency and added value of this project, collection revenues were not improved, and few smart meters were installed.

Several issues also remain pending: DSP contracts currently expire on December 31, 2021, without as yet a clear frame for re-contracting. Similarly, since October 2019, collections were stalled & illegal connection to the grid surged which is pushing non-technical assumed losses upwards. Collection from public institutions will also need to be rescheduled in light of recent events.

What is needed with regards to distribution starts with implementing existing legal frameworks for distribution, and strengthening mechanisms where necessary to increase efficiency, competitiveness and transparency. This should also be followed by an audit and review of past and current contracts. The deployment of smart distribution systems via smart meters and advanced technologies, as well as the encouragement of cleaner energy supply, should also be prioritized.

The paper was prepared by: