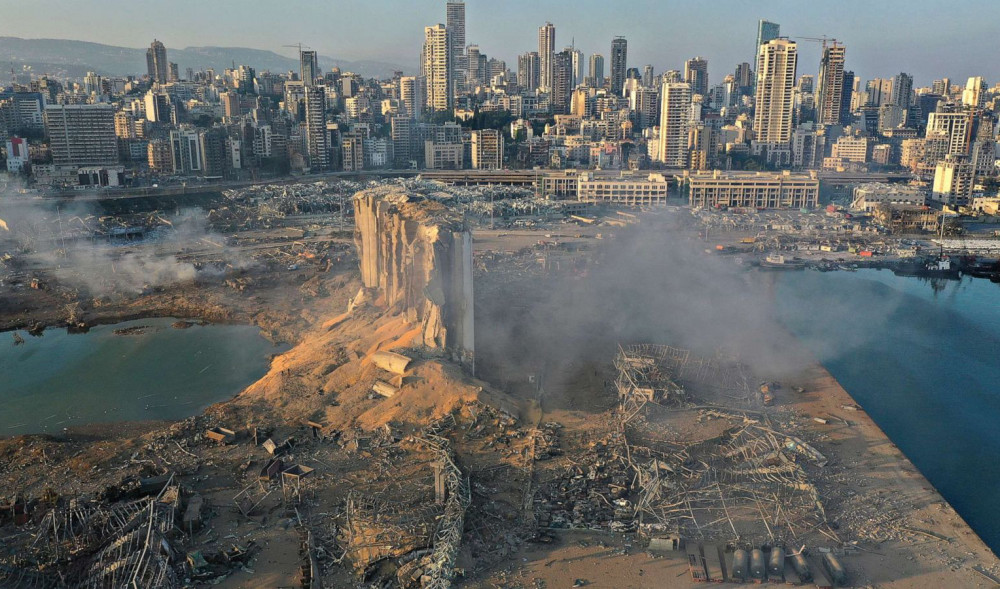 Kulluna Irada offers its sincere condolences to the Lebanese people who have lost their loved ones, and it wishes for swift recovery to the wounded. We offer our full efforts and capabilities to support our people who have once again demonstrated, with their resilience and solidarity, that they deserve and need a new political class to replace the inapt establishment in place.

Beirut has just witnessed a tragedy unprecedented even during the war. The explosion that ripped through the port of Beirut on Tuesday August 4, and rippled across vast swathes of the capital, led to great loss of lives, thousands of injured victims and vast destruction of homes and properties.

This terrible human catastrophe comes from the negligence of the same political class that has ripped the Lebanese people of their life savings, their jobs and their health, and left them struggling to ensure their safety and livelihoods.

The establishment has proven multiple times its ineffectiveness in managing the country’s biggest economic crisis to date, with all its human repercussions, and has for decades opted to weaken institutional and administrative responsibilities so as to empty state functions from their substance. Due to its negligence and irresponsibility, it has now killed its people and exposed them to death, injury, displacement and hunger, while reducing the country’s largest shipping and clearing point to rubble.

It is time for the Lebanese people to claim back their power of decision and to be the masters of their fate. It is time for the ruling establishment to step aside and be held accountable for its actions, and for Lebanon to move towards a secular state based on the rule of law, starting with the formation of an independent government with temporary special legislative prerogatives, capable of leading the country and the Lebanese people to safe grounds, through a process involving the civil society.

We reiterate our conviction that the current political establishment which has hijacked the state, its institutions, and the judiciary, for its own benefit and to fulfill its personal political and sectarian desires, is unfit and unwilling to carry out the necessary investigations to serve justice to the victims of Tuesday’s devastating blast. It is therefore crucial to ensure an independent investigation with qualified experts to secure a transparent process, and hold all those responsible for this catastrophe to account, away from any political interference and influence.

Finally, it is absolutely essential that all international aid sent to help the Lebanese people in their distress, be received and handled by a credible, transparent, and independent committee to ensure that donations are safe from corruption and mismanagement.