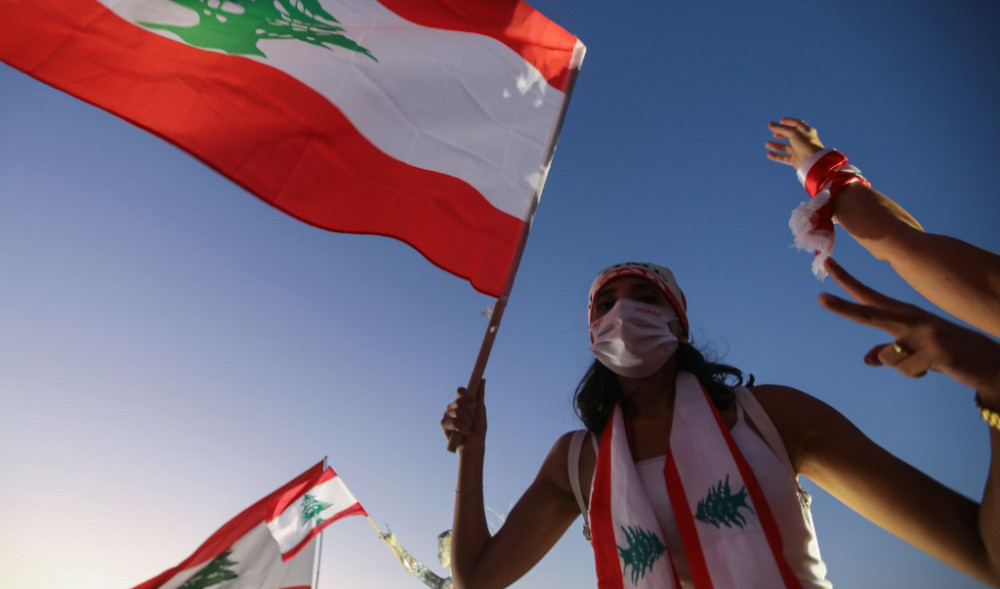 What can be done to help Lebanon recover from the devastating explosion on August 4, amid a serious political crisis and the collapse of its banking system?

The international community has continued to rally in support following the explosion that shook the Port of Beirut on August 4. This outpouring of aid is relative to the scale of the catastrophe, one of the most powerful explosions ever recorded in human history, excluding nuclear bombs and natural disasters. However, this support effort is being hindered by the failure of Lebanese government structures, which is ultimately responsible for the explosion itself, raising questions about the suitability of potential aid mechanisms.

By allowing such quantities of ammonium nitrate to be stored without appropriate safety measures in place, the various authorities have demonstrated criminal negligence at the very least. The government’s inertia in the face of serious, successive crises in Lebanon has had far-reaching consequences. It is now widely accepted that the Lebanese power structure, based on a community system, is not fit for purpose in a modern state, whose mission is to serve the general interest. This fact was highlighted by the devastating impact of the economic and financial crisis in autumn 2019, which left the whole of Lebanese society in an incredibly vulnerable position.

A precarious socio-economic situation in Lebanon

This highly-tenuous situation has been further exacerbated by the devastation of a section of Beirut, and the challenges involved in its reconstruction. The list of issues is long:

This political inertia drove Emmanuel Macron to openly state his intention to bypass the Lebanese government, overrun by “Lebanese political forces [which] have prioritized their partisan and personal interests over the common good for the country,” so that support can be provided directly to the “Lebanese people.” The French President plans to coordinate a strategy for international aid at a conference in Paris, scheduled for November.

“We will meet health, education, housing, and food needs, to benefit the population directly, by channeling aid only through non-governmental organizations on the ground, and United Nations agencies,” said President Macron in Paris, at the end of September.

Macron’s statement is based on the theory that the duty to provide humanitarian aid takes precedence over all other considerations, and thus, was warmly received by those in need. Schools, in particular, are struggling, as parents can no longer afford to pay tuition fees in a country where more than half of the education system is privately funded.

Times are similarly tough for hospitals, faced with an exodus of medical and nursing staff, disruption to medical supply chains and, most importantly, the challenges the Covid-19 pandemic poses. Many victims of the port explosion simply do not have the resources to rebuild their homes, they have become the new poor, and often cannot afford to feed themselves.

These numerous issues point to just how vulnerable Lebanese society has become, a country which is now increasingly dependent on aid and charity concerts. In just a few months, Lebanon has gone from having a middle-income economy, at approximately $9,000 per capita, to being in the poorest category. The general levels of despair are driving prospective emigrants to risk their lives at sea in makeshift boats.

With the rapidly-increasing failures of the Lebanese government, the main challenge for providing aid in Lebanon is maintaining a robust conditionality strategy. In all crisis situations, being aware of the risks associated with a humanitarian approach is essential. An approach which circumvents existing power structures, can help to reinforce them as, simply by providing alternative services, the burden on the state is reduced. The main aim should be to direct as little aid as possible to the highly-sophisticated client network of the ruling political and financial oligarchy in Lebanon. Conditionality should also be a vital part of any infrastructure financing project, in line with the CEDRE conference, organized in Paris, in 2018.

Loans should not be granted to Lebanon until the conditions for the country’s macroeconomic stability are met. This will require not only a restructuring of public and private debts, but also of public finances and the banking sector. The International Monetary Fund, which usually implements these aid programs, in exchange for an injection of funds, has so far refused any requests from the Lebanese oligarchy. The Lebanese government continues to obtain compensation for losses by monopolizing state land assets, with the banks’ main stipulation being that these assets are grouped together into a fund to compensate for the drop in value of the sovereign bonds held on their balance sheet.

The reason that even the IMF, an entity not really known for its social conscience, disapproves of the Lebanese government’s actions, is the unprecedented and unfair nature of its financial policy; losses are allocated to depositors, decreasing the value of their savings by at least 50% while protecting the banks’ shareholders; the cost of equity adjustment is borne by the general population by applying a brutal devaluation strategy, instead of all the fiscal and monetary mechanisms at its disposal.

International aid: how to bypass the debt restructuring plan

Under these circumstances, how can even the smallest project be financed, despite the overwhelming needs of the population? The World Bank’s cash assistance program is an example of the issues involved, with a budget of $200 million to finance a “social safety net” aiming to reduce extreme poverty in Lebanon. As each beneficiary is set to receive aid in Lebanese pounds, the applicable exchange rate raises an issue. Converting this aid at the effective rate (around 9,000 Lebanese pounds to one dollar at the end of October) would legitimize the approach of continued devaluation. If one of the official rates used by the Bank of Lebanon is applied, it would be the equivalent of allocating the difference between the effective rate and the rate being applied, to replenish the Central Bank’s external assets.

This option is simply not viable without a national plan to allocate these foreign currency assets, given that the Bank of Lebanon’s net position is negative, with reported losses of tens of billions of dollars. In addition, the allocation of funds from these remaining currencies is left to the sole discretion of the Central Bank’s governor: one year after the financial crisis, not a single law on capital controls has been passed. How can the burden of repaying such a loan be placed on taxpayers, when it is unclear whether the public debt is sustainable?

What exchange rate should be applied to donations?

Deciding which exchange rate to apply when channeling donations directly to NGOs also presents an issue if the aid is not provided in kind, particularly due to the many logistical challenges and anti-corruption measures involved in providing this type of support. The challenge is to ensure that beneficiaries are paid the actual value of donations allocated to them, and not a much lower value, converted into Lebanese pounds at a lower exchange rate (half in the best-case scenario).

At present, the only viable method of providing aid is for local NGOs to collect the amounts in cash, i.e. in dollars. Many banks now provide this service, having become de facto purveyors of US dollars, if unable to fulfill their main role as intermediaries. At this stage, hundreds of thousands and even millions of dollars are involved, but this is likely to increase to tens of millions of dollars in the coming months.

It is still difficult to assess the numerous consequences of this situation: while immediate relief must be provided for those in need, if nothing is done to revitalize the production sector, the allocation of these currencies will continue to exacerbate the structural imbalances of the Lebanese economy.

Moreover, this injection of foreign currency helps sustain lines of income, with NGOs, some of which are an integral part of the community system, serving as one of its main distribution channels. It is also accelerating Lebanon’s inevitable transformation into a cash economy, i.e. an economy with no capacity for state supervision.

With the Lebanese social fabric rapidly disintegrating, rather than responding on a solely humanitarian level, aid mechanisms should contribute to rebuilding the country’s economic and social infrastructure, thus providing a solid foundation for future redevelopment work. There any many potential avenues to be explored, whether relating to production-sector initiatives (for agriculture, in particular), the reinvention of trade unions, the creation of new media organizations, community-led pilot projects offering new energy models, a new vision of health care, housing, or public transport. And yet, no amount of aid will be truly effective without the Lebanese government’s involvement. Ultimately, this is a political issue and one that needs to be addressed by the Lebanese people.