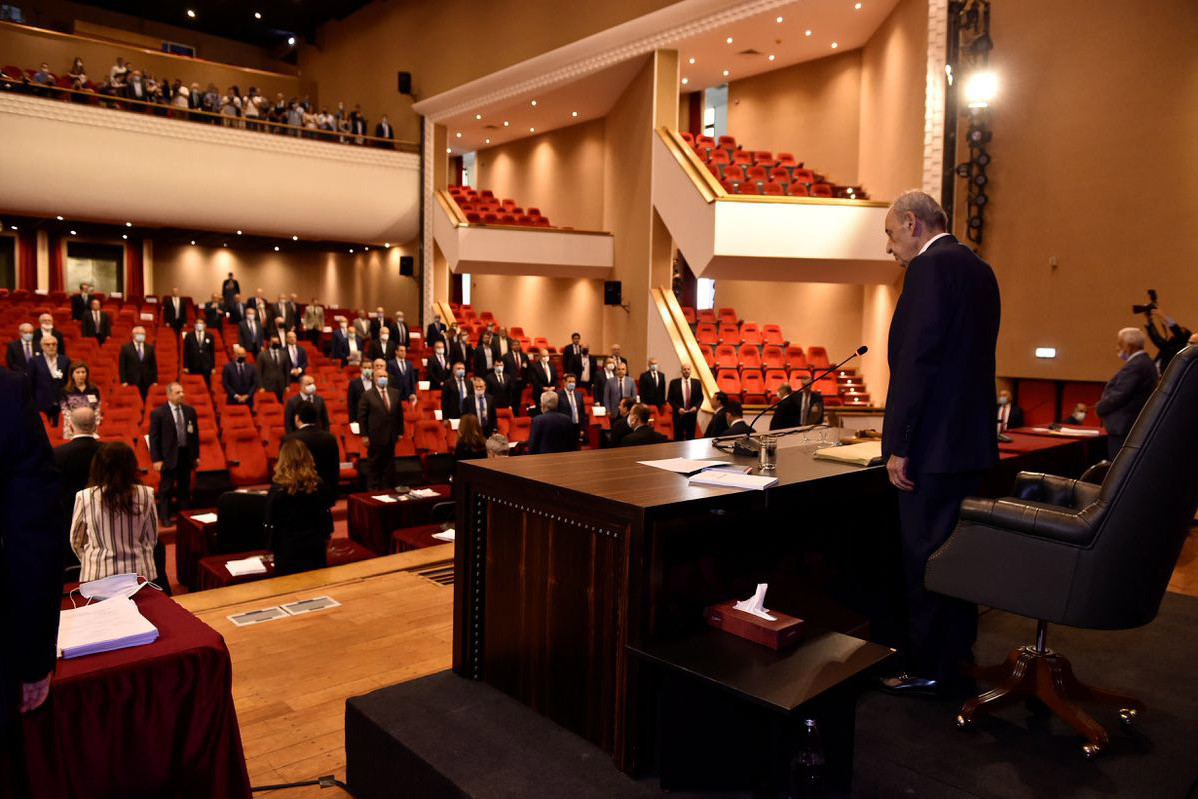 A legislative session is held at the UNESCO palace instead of the parliament building in Beirut, Lebanon. Reuters

Kulluna Irada issued its comments on the capital controls draft law that was included in the Parliament's legislative session agenda.

While the organization was among the first who have stressed, since October 17, 2019, on the urgent need of a capital control law, we think that the one presented still lacks the essential: stating what our reserves are and putting a priority list on imports in order to safeguard the essential survival needs of the Lebanese people.

Anything short of putting a priority list and ensuring equal treatment of Lebanese citizens does not serve the purpose.

Full text available below for download as pdf (In Arabic).