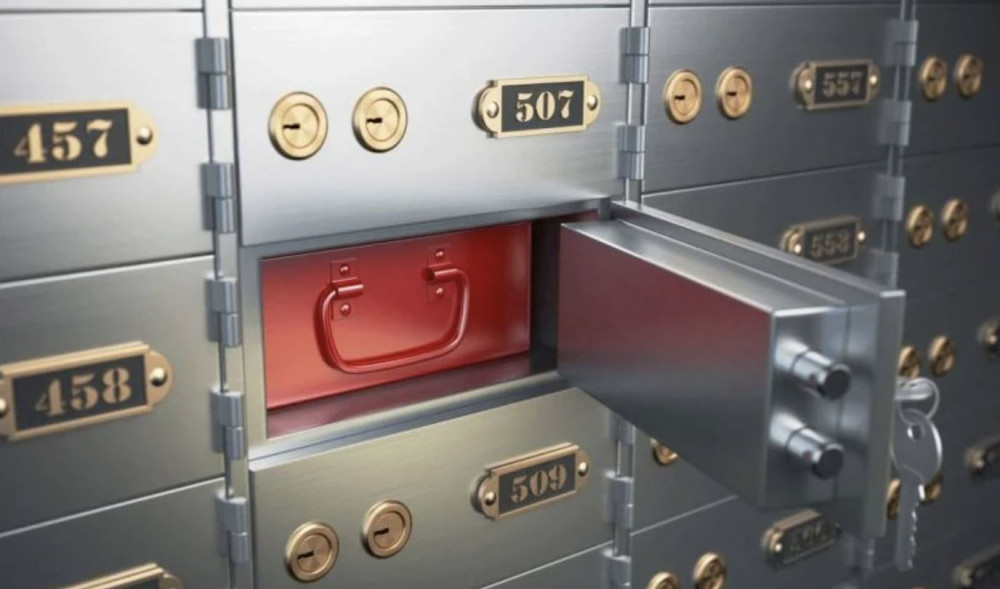 Lifting the banking secrecy that has been in place in Lebanon since 1956 is one of the cornerstones for the transition to true statesmanship and a new economic and social model.

But this shift has not yet taken place, despite multifaceted pressures, including those exerted by the International Monetary Fund, which opened up significant gaps in the previously insurmountable fortification.

However, the amendments were skillfully undertaken by the components of the regime in power so as to limit their impact and, once again, for them to gain time — lacking the slightest capacity to bring Lebanese society out of its collapse. Parliament’s approval of the amended law confirmed the collective choice of the parties in power to preserve as much as possible this key pillar of the Lebanese regime that guarantees impunity.

The original purpose of the banking secrecy law when it was adopted in the 1950s was to attract capital from regional countries to Lebanon. The aim was to channel part of the emerging oil windfall in the Gulf to Lebanese banks, as well as those funds wishing to escape the socialist regimes.

However, since then, the pitfalls of the law have become clear. The first was mentioned during the discussion of the 1956 law in Parliament, namely the fact that banking secrecy legitimizes tax evasion. The second is linked to the economic model in which banking secrecy is embedded. Since the 1950s, easy access to capital has always prevailed over efforts to mobilize funds for productive investment.

Despite some vague “developmentalist” desires, capital allocation in a small country like Lebanon has not laid the foundations for a productive and inclusive economy.

In the aftermath of the Civil War, the purpose of banking secrecy evolved. The source of capital changed: Lebanese expatriates are mostly the ones who deposited their money in local banks, attracted by juicy returns and tax evasion opportunities, or simply swindled by the masterminds of the Ponzi scheme that collapsed in 2019.

It also attracted dirty money, this time not from capital fleeing neighboring regimes, but rather the fortunes of the regimes in question.

It is an understatement to say that banking secrecy has served neither economic development nor state-building.

On the contrary, it has contributed to the consolidation of a system of power that is based on opacity, corruption, clientelism, embezzlement of public funds, illicit enrichment, tax evasion, insider trading, the appropriation of public contracts, as well as trafficking and embezzlement of all kinds.

When the gap between its domestic law and the major international developments in this area became too wide, Lebanon made cosmetic adjustments.

Thus, in 2001, Banque du Liban’s Special Investigation Commission was created to investigate suspected money laundering. Although its prerogatives subsequently expanded, the SIC has a meager record more than 20 years after its creation, and almost zero credibility.

Similarly, in order to avoid adding Lebanon to the OECD’s list of tax havens, the MPs consented at the very last minute in 2016 to the Multilateral Competent Authority Agreement that facilitates the automatic exchange of tax information.

However, while banking secrecy can no longer be invoked against tax authorities in member states of this agreement, the Lebanese political and financial authorities have continued to allow a large number of people to benefit from this law through a very extensive application of the tax residence criterion. All the while, this secrecy continued to hinder any desire by the judiciary and tax authorities to access the banking data of Lebanese citizens and taxpayers.

The 2019 popular uprising and crisis brought the banking secrecy issue back to the forefront. Former Justice Minister Marie-Claude Najm submitted a bill to the Hassan Diab government that would abolish the 1956 law altogether.

The cabinet did not adopt this radical version, and adopted instead an alternative draft that was sent to Parliament as a matter of urgency. The latter did not even put it on the agenda.

The legislation aimed at lifting banking secrecy on the persons who hold public office as well as on beneficiaries of public contracts, or those holding managerial or control positions in banks, the media, etc.

It was the IMF, which joined the landscape as an external party, that put the reform back on track. The amendment to the bank secrecy law is a prerequisite to the conclusion of a financial rescue program for Lebanon, according to the staff-level agreement reached in April 2022.

Beyond the need for Lebanon to comply with its international commitments in the fight against all types of financial crime, the IMF believes that it is impossible to restructure the sector without access to bank data by name.

The banking restructuring process implies treating depositors in a differentiated way. An ordinary depositor does not have the same rights as a shareholder, a bank manager or a debtor of a doubtful account, etc.

The regulatory and supervisory authorities — including BDL, the Banking Control Commission and the National Institute for the Guarantee of Deposits — must have direct access to bank data, including the identity of the holders, without having to request this access on a case-by-case basis.

To date, the law does not offer this possibility. A first step was taken to ensure that access to bank data is not limited to the sector’s restructuring, as was the case in the penultimate version of the legislation. However, this progress is not immediate, as it depends on the implementing decrees.

The final text authorizes this access on a permanent basis as part of the usual control activities of the entities concerned. But the lock remains in place: they are authorized to “request information protected by banking secrecy, without specifying any particular account or client, including by making a general request for information related to all accounts and clients without revealing their names.” It will have to be lifted in the framework of the banking restructuring law.

However, instead of extending the exemption to include the spouses and minor children, beneficiaries, nominees of all these persons, the law does so only for some (public officials and presidents of associations …), but not for others (in banks, media outlets …). Above all, the law is careful not to look at the companies owned by the persons concerned and other shell structures.

We call for other major amendments that would give the judiciary and the tax authorities access to bank data as part of their respective sovereign power. Here again, in the face of tortuous legal formats that aimed to impede this logic and de facto focus all powers in the hands of the SIC, points were scored, but the obstacles remain in place.

As far as the tax authorities are concerned, the principle related to their direct access to bank data is finally enshrined in law. But the application is pending an application decree. As for the judiciary, it is still out of that: seated judges now have the possibility of requesting the lifting of banking secrecy during the course of a trial, but their colleagues in the public prosecutor’s office and investigating judges still do not have this right. This means that banking secrecy continues to prevail in the face of the judicial investigations’ imperatives.

The political class' intention is clear. Rather than abolishing the exception — banking secrecy is outdated — everything is done to ensure that it remains the rule and to limit the exceptions to the exception. This is underlined by the fact that the violation of banking secrecy law remains punishable by a prison sentence, despite the IMF’s observations in this regard.

The dissuasive effect is obvious on anyone who will be asked to provide banking information as part of the new legal prerogatives. In addition, the text voted on Oct. 18 introduces a new offense. It is the offense of publishing data provided as part of the application of this law. This addition represents a new and unjustified hindrance to the disclosure of financial crimes. The clause appeared in the final version, after the vote on the text, without being discussed in Parliament.

Beyond its content, the legislative process of the new banking secrecy law exposes the dereliction of the institutions that serve as a democratic shield for the real system in power. When the first draft of the amendments to the bill sent by the cabinet was voted on, the parliamentary session of July 27 ended without any MP being able to say exactly what had been voted on.

Again, after the president sent the bill back to Parliament, his written comments were discussed orally in the Budget and Finance Committee on Oct. 10, in the absence of a supporting text. Its members discovered the text transferred to the plenary session of the Parliament by the committee’s chairman who then claimed that all the comments were taken into account.

In collaboration with the Legal Agenda, the Bar Association’s Commission for the Protection of Depositors' Rights and the Lebanese Association for Taxpayers' Rights, Kulluna Irada organized a press conference on Oct. 17, the day before the plenary session, to sound the alarm.

New nightly discussions with the IMF were held to further amend the amendments. These were again simply discussed orally by the MPs on Oct. 17. It took six days for the final version of the law to be released.

The result confirms our objective  to complete this key reform, because the restructuring of the financial sector requires access to accounts by name. It will therefore be essential to lift banking secrecy as part of the bank restructuring law to ensure that it is fair — which implies establishing the responsibility in one of the most monumental bankruptcies in world history.

Kulluna Irada is a political and economic reform NGO funded exclusively by Lebanese residents and expatriates.

The op-e is available on L'Orient Today's website here.